This woolly bear foretold a promising winter. I envy his capable feet.

One of my favorite 60s songs, recorded just a couple of years before I was born, is Turn, Turn, Turn by The Byrds. You  know it—”to everything there is a season…turn, turn, turn…” Did you know that the words come from the Biblical book of Ecclesiastes?

I’m not here to write about this song, however beloved. But it started playing in my mind when I thought about my unexpected season of not walking much lately, and this has coincided with November, my favorite month.

The culprit is a foot ailment that has me nearly howling in pain when I hit the floor in the morning. I think it is getting better slowly. SO slowly. I have upped the frequency of the exercises that are supposed to help. But in the meantime I have missed the freedom to roam outside.

Usually the colder weather means a bit more tunneling under the covers for me, an increased dose of introspection and contemplation. I didn’t expect to start that season earlier in 2017, but I’ve decided that maybe I am meant to have a season for slowing down and going easy on myself. I can be a great outdoor adventurer later, when I’m healed up. Maybe, for now, I’ll go on adventures in my mind.

There ARE a few perks to all of this. Tom is the “designated walker” who has to take our dog Buddy out at ungodly hours, plunging into the cold WAY before dawn! I’m reading more: most recently No Word for Time: The Way of the Algonquin People. It’s reminded me that there are other ways of measuring what’s important than how things fit into the calendar or the watch face. 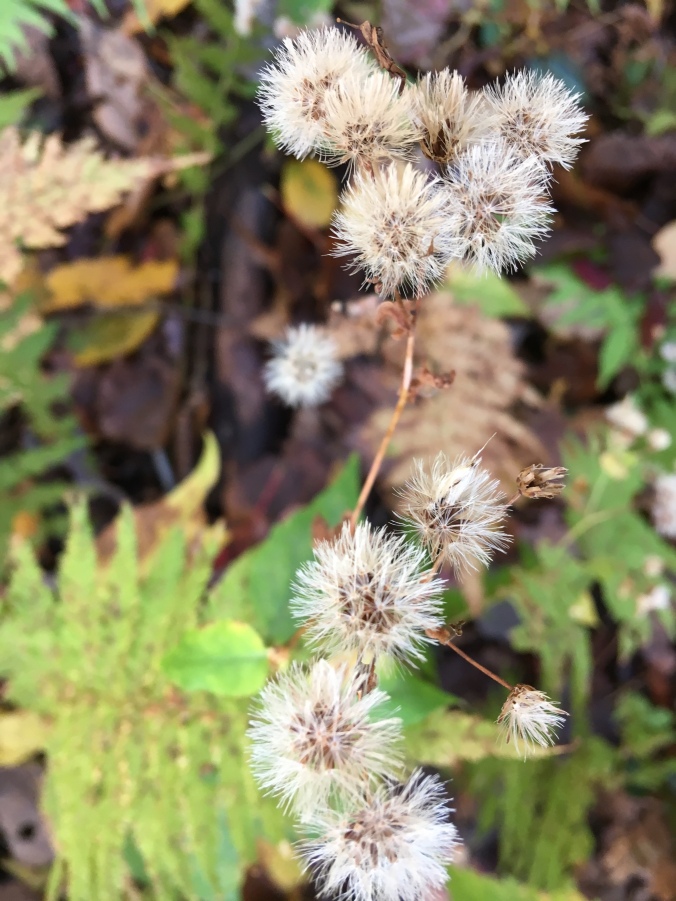 Asters have a subtle beauty. They can always be counted on to show up in abundance even as the warm season wanes.

And, when I DO venture out on mild forays into the air (ignoring doctor’s orders but absolutely needing to connect with nature), I am instantly appreciative–in an amped-up way–  of even the smallest findings—like velvety new mushrooms in the yard or the ferns that live alongside our border stone wall.  The colors seem to pop more, now that I am exposed to them more rarely. 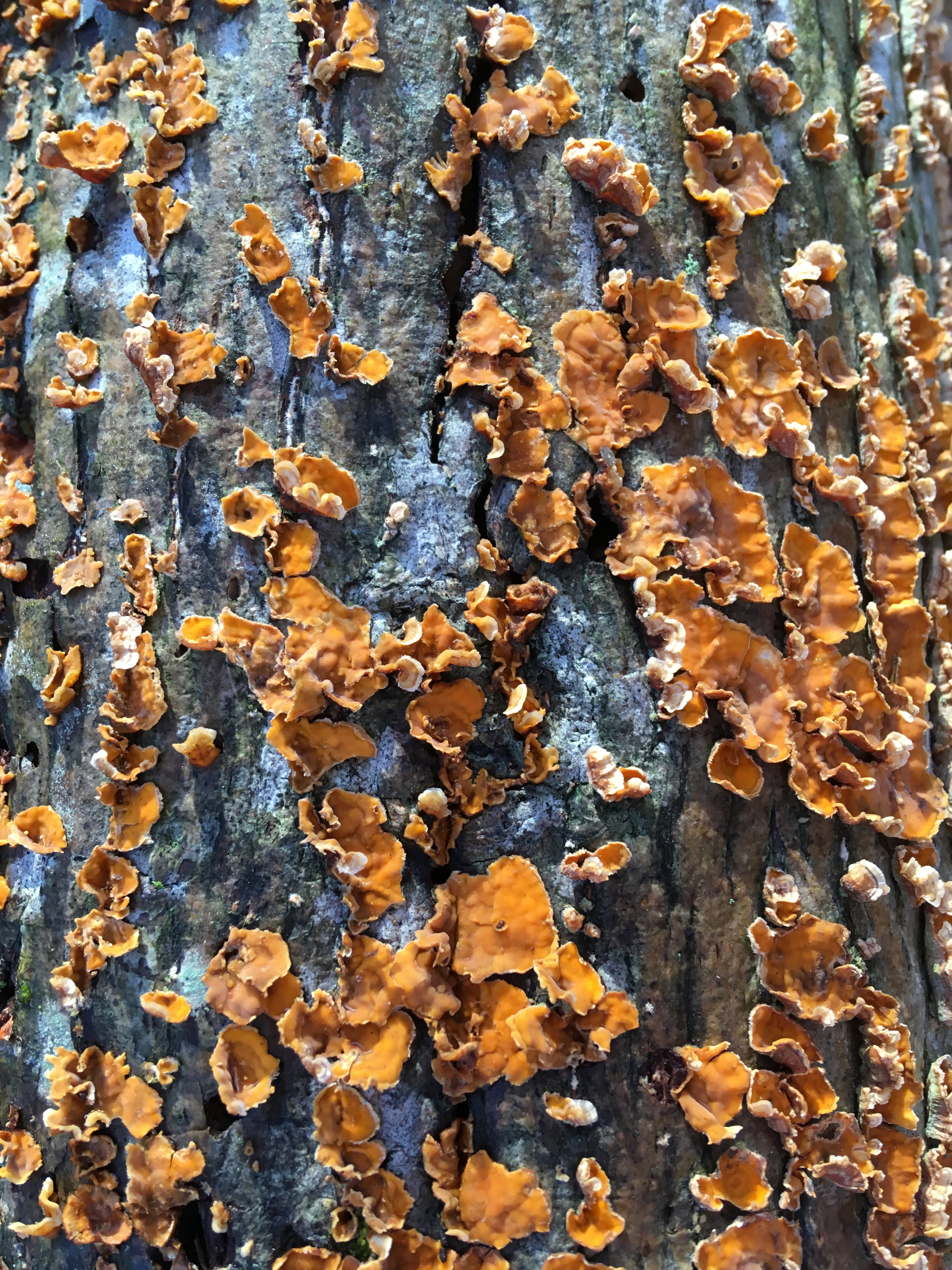 No adjective does this color justice.

I wish I had snapped a picture of those intriguing, velvety fungi on my last walk, but I did snag shots of the beauties scattered throughout today’s blog, from the last time I climbed the hills to the Cockaponset and to Mount Saint John’s, and from a brief, mostly flat jaunt at Millers Pond State Park. These moments were worth the foot aches that came later, as I strapped my foot into its contraption for healing and settled into a good read.

Addendum: Shortly after I posted this, I continued thinking about being “grounded.” It’s a funny word–it can mean being forced to stay in place and it can also mean being well-rooted, well connected with the earth and what matters–stable. When I dove back into No Word for Time, I read this and it filled my heart:

In Western culture we equate “being well grounded” with getting there on time, mastering the way of the clock. But watching Wabanaki elders has taught me that there is another way. They are grounded in the earth and in their bodies, and in the Creator, and get there at the right time spiritually. They tune into the flow of events which emerge from the source of Creation. When you are one with Creation
you can do that.