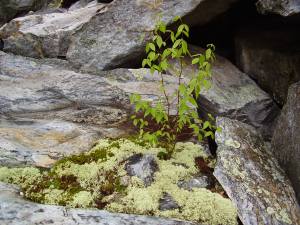 I picked up an older nature book today. I was twelve when it was published, and that summer in 1979 I wandered hills and meadows not far from where Gale Lawrence published The Beginning Naturalist in Shelburne, Vermont.

At first I was a little antsy about how very basic the book was, with chapters like “Winter Trees” and “Robins.” It’s not that I don’t appreciate both heartily, but this book falls more into the “informational” than the “lyrical” category. I am impressed by the dazzle of both words and nature and this reads more like a series of little talks a trail guide might present; not too many word arabesques and pirouettes!

But when I flipped through the pages, it didn’t take long to realize that I needed just such a basic guide. I was particularly struck by how little I knew about dirt! Okay, make that soil (turns out they mean different things: dirt is basically soil that’s left its original ecological home).

Probably well before that 1979 copyright, I must have learned about the origins of soil in school. But I honestly haven’t thought much about it since—how soil is basically weathered and eroded rock, mixed in with what plants and animals contribute. Lots of things work on the rock, which is so misunderstood as an immutable object—it’s changed by wind and rain, plants, and the acid secreted by lichens (which are actually algae and fungi working together). When lichens die, they disintegrate and mix with tiny rock fragments, and the resulting little patch of dust nestled in a tiny crack can be the perfect home for a new plant. On and on it goes until there’s more plant than rock.

Trying to watch the process would be eons longer than watching paint dry, but I appreciate that it’s happening in slo mo, with that verdigris color, that patina so many lichens sport a fitting hue for such a worthy vintage endeavor.

John Muir had a way of getting at the interconnectedness that sometimes a good nature book, and often a long walk, can convey. In My First Summer in the Sierra, he wrote:

Everything is flowing — going somewhere, animals and so-called lifeless rocks as well as water. Thus the snow flows fast or slow in grand beauty-making glaciers and avalanches; the air in majestic floods carrying minerals, plant leaves, seeds, spores, with streams of music and fragrance; water streams carrying rocks… While the stars go streaming through space pulsed on and on forever like blood…in Nature’s warm heart.

PS: I’m adding a new link here on the site to Mile…Mile & A Half, a movie about a hike along the John Muir trail. It’s a real cinematic treat for anyone who loves to walk, loves nature, and especially for those who hope to hit a long trail with a serious backpack someday.